Coastal protection works recently commenced at Bastardstown, Kilmore. Hopefully we won’t see winter storms like those seen in February 2014 for a long time.

Going through the 2011 photo archives recently when this one caught my eye. It looks so different down there now after the winter storms.

Sunday morning is the perfect time to go for a walk, and if you have a dog there is no better place to let them off the leash and chase the birds.

I have fond childhood memories of going for long weekend walks with my own family on the local beach and dunes.

The beach is ever changing: Somedays it’s calm, others its crazy wild. Sands shift upwards and downwards of 2 metres, revealing and concealing. Storms eat away the land, and bring in flotsam from all over the world. Last weekend I found what looked like a transmission engine from a motor car. How does something like this get carried in the sea, and from where?

And of course, if you have a dog, there is nearly always a big of doggy socialising to be done. 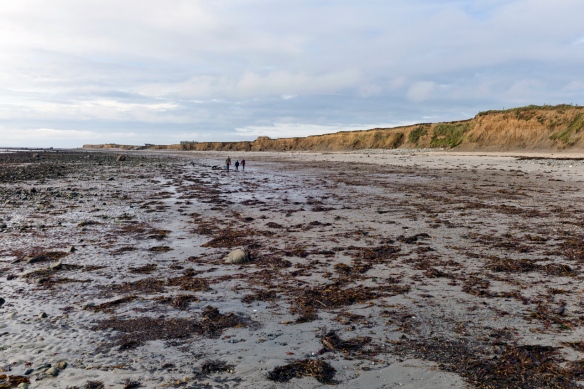 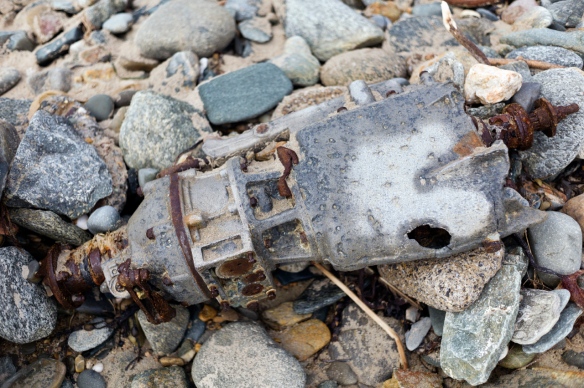 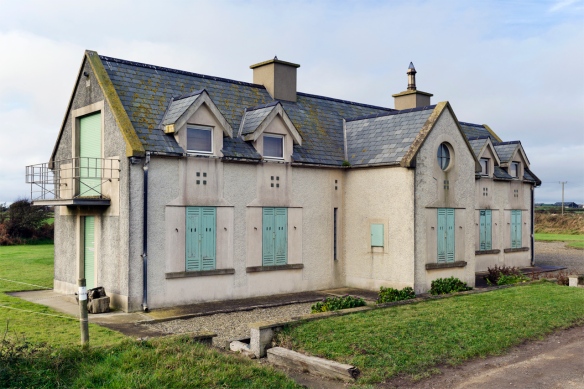 One of many empty summer houses. 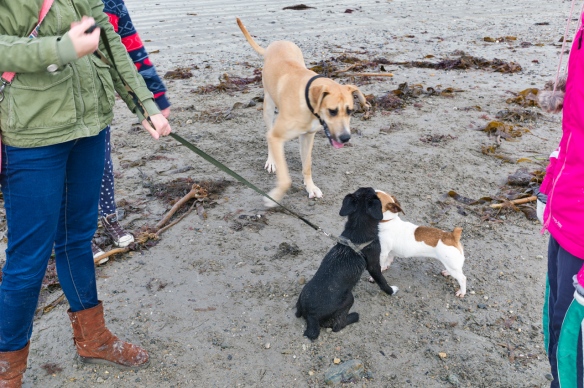 A bit of doggy socialising.

After one of the coldest springs on record, It seems summer has finally arrived. Temperatures today hit 22.9 C. Pretty good for Ireland in early June.

The last decent Summer I remember was 2006, seven years ago! Hanna (wife) was heavily pregnant at the time and we had just moved back to rural seaside Ireland after a two year spell in lovely Liverpool! Since then, summer weather has been lousy, at best we might get a few days blue skies and then the rain and wind would kick off again. 2007 was particularly bad and Rihanna’s Umbrella made an apt soundtrack.

Hanna’s brother, who lives in south Finland, visited us last August.  I remember one day during swim week – the week we coerce our young kids into the sea to learn how to swim regardless of temps or weather conditions – we huddled on the sand in our winter coats under grey skies, backs to the wind, and Kalle (hanna’s brother) said that if those kids were animals, swim week would be called animal cruelty!

So here’s to a long overdue proper summer; may it be filled with warm days and nights, clear blue skies, fun BBQ’s, and hopefully a little bit of surf! 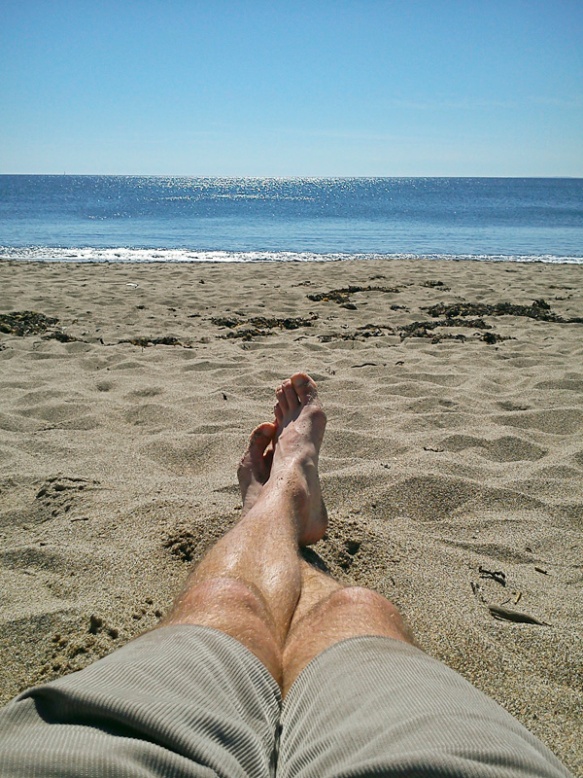 Had a bit of fun on the beach the other day looking for stones that look a bit like surfboards. Mine is the brown one second from left, Hanna’s and the kid’s make up the rest. Which one do you think looks most like a surfboard?