Katie Falkenberg’s, A Lasting Toll is a well made, effective, short multimedia piece that explores the lives of three american families struggling to come to terms with the recession.

Most of Ireland’s sugar is imported from abroad. Ireland’s last remaining sugar plants were closed down in 2005/2006 following reforms of the EU’s Sugar Policies. Even at the end of the industry, the turnover in Co. Wexford alone was over €10 million.

The image below was taken at Wellington bridge at a disused sugar factory. The factory is adjacent to the now defunct Rosslare-Waterford railway line, which I was photographing at the time.

Re-starting the Irish sugar beet industry would create hundreds if not thousands of jobs across the country in areas where unemployment is destroying communities. It would create jobs for farmers, road hauliers, factory workers, and might even re-introduce traffic/business along the Rosslare-Waterford railway line, not to mention the growing bio-ethanol industry. 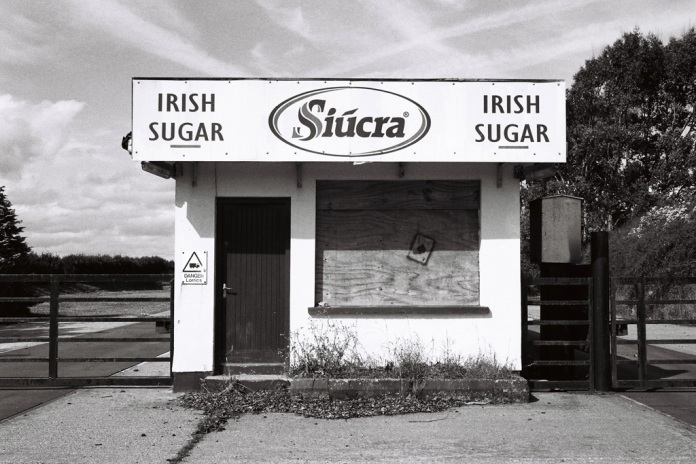 I stopped taking photos of ghost estates for a while. What exactly I was making photographs of, was not completely clear. I have a better picture now of what i want to show or express, but am aware that this needs to evolve and develop as the library of images grows.