There has been some debate lately as to whether the, now closed, Poolbeg Power Station chimney stacks should be demolished.

The stacks are a landmark of Dublin city, but would resources be better spent elsewhere rather than on the structural repair and upkeep of these icons? Only a few years a go Dublin’s iconic Ballymun towers were demolished. Should all iconic buildings / architectural features be preserved? One designer suggested making a skybridge, turning the stacks into a tourist attraction similar to the London Eye or Sydney Opera House. Personally, I think they should be turned into launch towers, somewhere we can fire or catapult all the corrupt politicians into outer space – which is where many of them seem to already inhabit!

What do you think? 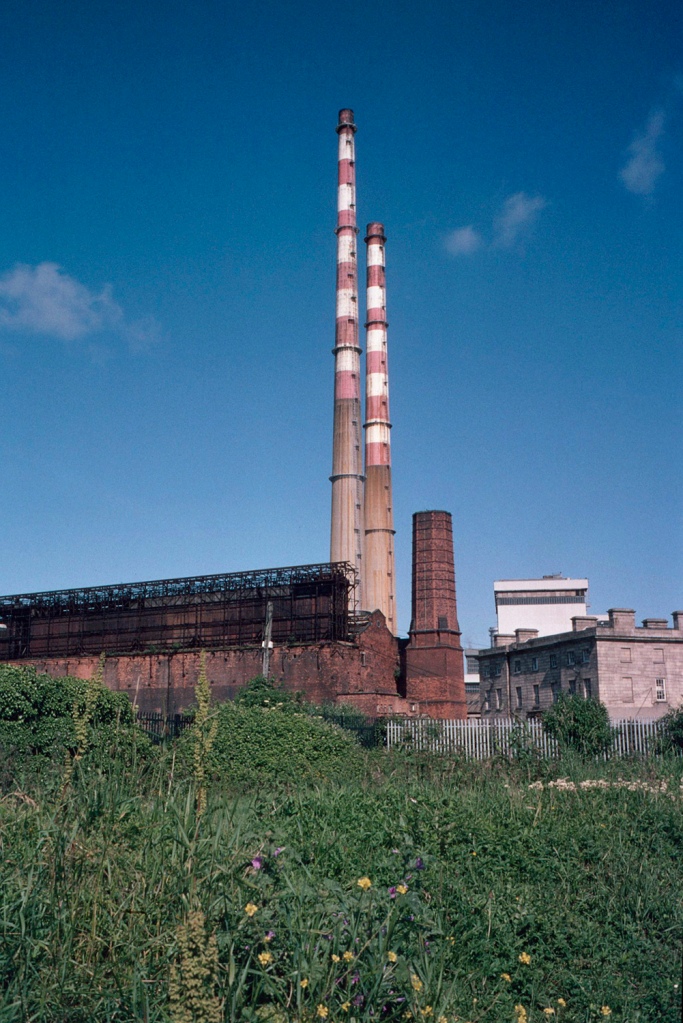 This photo was taken in 2010, on another icon; a Leica M6 loaded with 17yrs out of date Kodachrome.

In January 2013, before returning to Ireland after christmas holidays visiting Hanna’s parents, we spent a few days with Hanna’s brother who lives near Urjala in the South of Finland. He took us on a walk of the land surrounding his rural home. A local feature in the vicinity was an abandoned farmstead: A cluster of empty timber buildings on a raised plot of land overlooking a small winding river and a vast plain of flat land. Instead of the usual sounds of birds, animals, and activity, this farm was filled only with the sound of silence, interrupted by our footsteps in the snow, and an icy winter wind.

On approach: Access to the farmstead was across a small bridge which spanned the almost frozen river.

The farmstead wasn’t totally abandoned; beehives were arranged outside one of the buildings.

The effects of time are clearly visible on this agricultural building.

The surrounding plain with Birch forest in the distance.

A silent overgrown courtyard lit up by vibrant red berries.

After roaming around between the buildings for a while, we took a walk through a small forest which covered a nearby knoll. Kalle – Hanna’s brother – explained to us how Lynx climb the trees and lie in wait for passing deer, and then pounce on the unsuspecting mammals. Using his tracking skills he then showed us some recent Lynx footprints. Shortly after this discovery, we turned towards home, and our pace quickened, despite the knee deep snow.

Tintern Abbey is located on the Hook Peninsula, Co. Wexford. It’s a beautiful place to visit any time of the year, but late spring / early summer is particularly enjoyable because the air is filled with the aroma of wild garlic growing along the riverbank – and of course the trees and flowers are in full bloom!

The grounds are located away from main roads, and with no traffic noise it’s a great place to ramble away a few hours on or off the beaten tracks.

The Abbey and surroundings.

A recent addition to the location is the opening of Colclough Walled Gardens, which has been under restoration for a number of years. 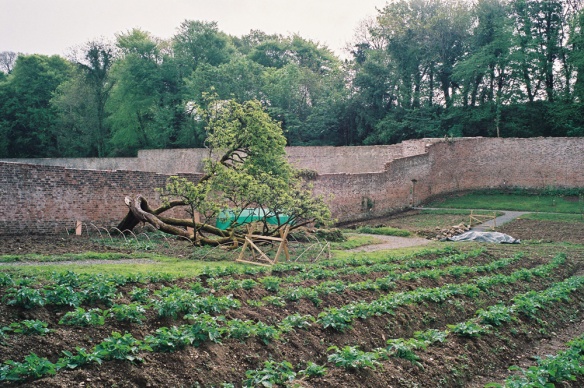 Potato drills in the foreground.

A river – small one – runs through it.

The impressive brick wall receiving temporary support after subsiding where the stream flows under. 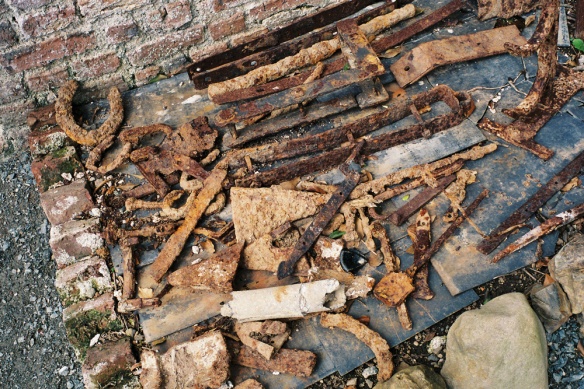 In the coming days/weeks I will post more images taken in and around the Abbey itself, and along the banks of the forest river….

What do I write about these small icons of Irish architecture?

Sometimes I feel it’s better to just let the photographs do the ‘talking’: No captions, no explanations, just open ended images that let the viewers eyes and mind roam.

During the Easter break, we (wife, kids and I) made a day trip to Dublin town and visited the National Gallery of Ireland. Our kids are prolific artists and go through reams of A4 paper faster than a small office.

I have long admired the architecture of the Millennium Wing of the Gallery, and have on occasion stopped in to have a coffee, but I have not visited the gallery spaces since I was a child, (a long, long, time ago).

Some of the art collections had No Photography signs, but I didn’t see any prohibited signs in the sculpture gallery so I whipped out the mobile phone ( I forgot to bring my ‘real’ camera) and got up close and personal.

The collection contains many fine European 18th century marbles, and a large number of sculptures by Irish artists. If you are any way interested in art, the Gallery is well worth a visit. 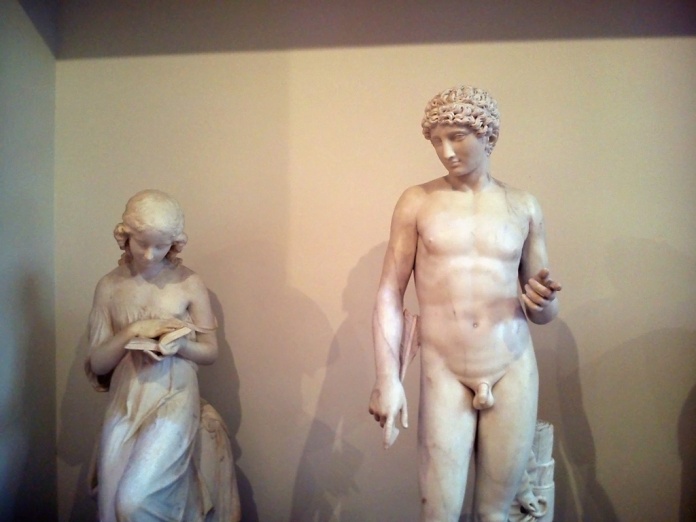 Last Saturday brought with it a taste of spring; the sky was clear blue, the birds were singing, and standing in the sun one could feel a bit of glorious heat. My little boy asked if we could go out for a bike ride, so we dusted off the saddles, checked tyre pressure, oiled the chains, and hit the road pedaling.

We made a few stops along the way – Noah would huff and puff and complain while I whipped out the mobile phone and put it to good use documenting the 2up2down houses along the back country roadeens.

Cycling the back roads is a beautiful way to travel and one sees and hears, and  experiences so much more compared to traveling in a car.

I am also taking advantage of other mobile technology and am locating these houses using Google Street View. So far, within a 20 mile radius, I have located over 100 of these design icons. I reckon there could be up to 2000 of these houses around the county.

I recently started documenting the rural vernacular buildings of my locality. The long-term plan is to record these important records of our architectural and social heritage before they crumble, and merge with the landscape. Of course many of these are still in use, and it is great to see that people still find these worthy of preservation.

Many of these buildings are hundreds of years old, and are a testament to the coming together of communities of skilled people.

I have started taking thse pictures on a Leica M6 with 35mm Summicron lens in with black and white film. It seemed the logical thing to do. However, I will also be experimenting with digital colour, and medium format, before deciding on the most appropriate method of this documenting process.